On my recent travels from Melbourne to Brisbane, I had the pleasure of visiting, and staying at two  Australian regional country pubs that offered campers a place to stay for the night or had a place nearby.

They were the Drover’s Dog Tavern at Eumungerie (just north of Dubbo) and Hotel Jennings at Jennings (north of Tenterfield) – both in New South Wales, Australia.

With the reduced clientele in current circumstances, I had the opportunity to have a good ol’ chat with the publicans.

To my surprise, the lady at the Drover’s Dog spoke to me about the ‘pub’ and their experiences in the weeks and months during the COVID-19 restrictions in terms that addressed the ‘pub’ as her ‘house’.

At first, I thought that this was a little unusual – but after all they did live there.

But, two nights later, Lynne (at the Hotel Jennings) also referred to her pub as a ‘house’. But again, she did live there. This made me explore the conversation a little deeper as Lynne expressed her concern for what the lock-downs were doing to her community and how she wanted to provide a safe and welcoming place (‘house’) for the people around her to come and relax and have a good time and a chat.

To follow this a little better, you need to understand that Lynne is a person who doesn’t sell ‘lollie water’ spirit based drinks at her bar – nor does she allow karaoke – both for strong, principled ideals.

The Pub is my House

So, I decided to explore the concept of ‘house’ and the role of the ‘pub’ a little further. And, where better to start than Google.

Google (verb) “Pub” and you’ll get “an establishment for the sale of beer and other drinks, and sometimes also food, to be consumed on the premises”.

Scroll down a little further and Google provides a bit more information… “What is Pub Short for?” with the following advice provided… “Pub is short for Public House licensed to serve alcoholic beverages and called so in countries or establishments with a British influence”.

Ok, that’s interesting and I did already know that from common usage – but these ladies had driven it home to me in our modern context – and with a traveller / camper feel.

Knowing this, I unpackaged “Public House” and found that, this time, Wikipedia came to my rescue… “The term Public House first appeared in the late 17th century, and was used to differentiate private houses from those which were, quite literally, open to the public as ‘alehouses’, ‘taverns’ and ‘inns’” (https://en.wikipedia.org/wiki/Pub).

In fact, not long after the Romans left Britain, early ale houses grew out of domestic dwellings where meetings were held “for folk to socially congregate, gossip and arrange mutual help within their communities” (ibid).

In fact, the British Wantage Law Code of the 10th century proscribed “fines for breaching the peace at meetings held in alehouses” (Ibid).

To bring some modernity and relevance to this discussion, I looked up what the the Australian Hotels Association (AHA) has to say on the matter.

The AHA says that they represent “more than 5,000 members across Australia” (https://aha.org.au). Further, AHA sees its role as representing “the interests of the 24 million Australian’s and 7 million visitors to Australia each year that congregate to immerse in our rich hotel culture” (ibid).

Importantly, the AHA also sees that “Australian hotels have a long and proud history of being a place where people and communities connect and belong, a place for leisure and recreation where people enjoy a sense of togetherness enjoying important milestone events and celebrating sporting successes” (ibid) and that “Australian hotels provide a safe place of solace and a sense excitement where people from all cultures and communities can eat, drink, meet, play and sleep” (Ibid).

Now, I’m also drawn to think about the adage “It’s not a house; it’s a home”, as stated by Darryl Kerrigan in ‘The Castle’ in 1997. So, I guess that somewhere within the walls of the ‘Public House’ there must be some element of a ‘home’ – and it is perhaps the confines of these sacred inner-walls that we visitors will never see.

But, then again, I am also drawn to the view that, to some publicans the whole building is their ‘home’ and that the local community are their family (in many aspects of that word’s meaning); and that we campers and travellers are welcome guests of the ‘family’.

Here, I am reminded that there were two local gents in the Jennings Hotel on the evening that I rocked up. Lynne later mentioned to me that, before those guys left, they asked her if I was staying and if she was comfortable with me being there. Lynne had strong ties to these guys and they obviously had the same with her.

I felt welcome and accepted – not just by Lynne, but also by the community. 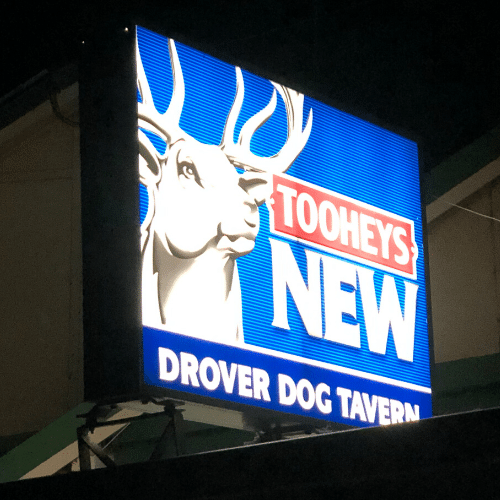 We are Guests in their House

I was lucky to be the only guest in the ‘Public House’ that night and had the rare opportunity of having a three-hour chat with Lynne – and she cooked me up a great feed of a steak sandwich, salad and chips… and we had another beer.

For me, all this is a stark reminder, in these times of lock-downs, social distancing and border restrictions, of the vital role that ‘Public Houses’ play in the community and for us as travellers.

I also hope that other travellers will view these ‘Public Houses’ with a little more appreciation than as just another shop or cafe. You are not only being welcomed into a publican’s ‘house’ but also into a community’s ‘meeting house’. You’re a guest – just as you would be at your favourite Aunt Mabel’s house.

I must say at this point that my visits to ‘Public Houses’ such as the Kalbar’s Royal, Eulo Queen, Noccundra, Bollon, Eromanga Royal, and Boomi’s Pioneer Hotels reinforce what these ladies have highlighted to me.

So, if you pass by one of these smaller and more remote ‘Public Houses’, PLEASE take a moment to consider popping in with an open mind and an open heart – grab a soft drink or a beer and perhaps a bag of chips or even a lunch or dinner, maybe even stay for breakfast and another night…

And… please… please don’t whinge on all the social media channels about the meal or what you may consider to have been poor service. I’m sure that no one is out there with the sole aim of upsetting you or ruining your stay. In many of these smaller ‘Public Houses’, the relationship that develops is so much more than the commercial contract we may have in the ‘big smoke’ and more like the one you may have with Aunt Mabel when she serves up a meal.

Finally, it is at this time, that these guys need all the support we can offer – and more.

As such, I call on all of us and on the local governments, breweries, and all relevant suppliers, the Australian Hotels Association and the state, territory and federal governments to give the smaller regional ‘Public Houses’ as much support as possible – as they offer so much more that the provision of just alcohol from behind closed doors.

I’ll see you at the Pub.