Can I Use My CB Radio While Driving?

It is somewhat limited to short distance voice communication with 80 channels on newer sets.

CB Radios come as hand-held or can be mounted in the car.

They also come with different levels of power with 5 Watts being the most powerful.

As well as the radio unit itself, CB Radios require an aerial.

There are no licensing requirements for CBs and they are relatively easy to buy.

But what’s got people scratching their heads at this time (and for a while now) is “Are CB Radios captured by the same road rules as Mobile Phones?”. 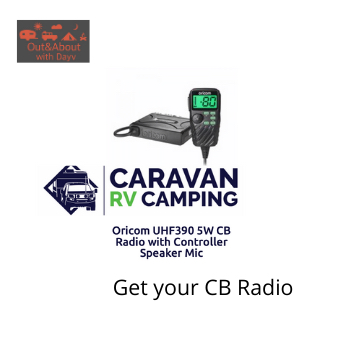 First, it is essential to understand the road rules and how they apply to mobile phones – a somewhat similar communication device (but completely different at the same time).

I think we all get it now – you can’t use a hand held mobile phone while you are driving.

Yes, you can ‘use’ the mobile phone while you’re driving to make phone calls, access music and use it as a driver’s aid (rear view vision and navigation etc) – but it must generally be ‘secured in a mounting affixed to the vehicle’ and you must not ‘press anything on the body of the phone’ (Source: Australian Road Rules).

Please don’t take these words as the law. This is simply a basic interpretation to drive home the fact that it is the law across Australia that you can’t use a mobile phone whilst driving.

Are CBs Different to Mobile Phones?

As mobile phones have developed over the years, they have become so much more than a phone.

Mobile phones can be used for a wide range of uses, including “email, song lists, navigation and traffic congestion information, and the internet while driving” (Source: Risks Associated with In-Vehicle Technology Use While Driving, Monash University) to name but a few.

The most complex a CB gets is having to change channels when you want to have a conversation (Refer: https://campandtravel.com.au/camping-tip-40-do-i-need-a-cb/). Then there’s the need to press the talk button when you want to say something over the CB Radio. That’s it – no camera function or GPS (mostly), music, calculator or apps etc.

So, Yes… CB Radios are quite different to mobile phones.

Are CBs a possible source of distraction that could lead to a situation where you may not be driving with due care and attention? Well, I think that’s a call best left for the various law enforcement agencies and each particular situation.

So, is it Illegal to Use My CB Radio While Driving?

By my reading of the relevant state and territory web pages (including legislation) I can find no rules preventing the use of a CB Radio while driving.

Starting with the Australian Road Rules (published by the National Transport Commission), which ‘are model laws that have no legal effect’ but ‘form the basis of road rules of each Australian state and territory’ (Source: Australian Road Rules), states in Rule 300(4) that a ‘mobile phone does not include a CB radio or any other two-way radio’.

With the exception of Victoria, each state and territory then mirrors this interpretation in its legislation or statements on their respective website. The table below provides links to these websites and the words that appear there (particular attention is drawn to the added sentiments by the Australian Capital Territory):

“the term ‘mobile phone’ does not include a CB radio or any other two-way radio. However, if using the radio causes distraction drivers could still be prosecuted depending on the circumstances”

What’s the Law in Victoria Regarding CB Radios?

I was not able to find any reference to how the Victorian government treated mobile phones or if they had adopted the position outlined in the Australian Road Rules or any of the other states or territories.

So, I rang VicRoads and I received advice that they only ‘held records’ and that I needed to talk with the Victorian Police to find out the legislative position and what rules applied to CB Radios.

Then, I rang the Victorian Police, Police Assistance Line, and I was told that I had to ask a Police Officer in a Police Station.

So, I asked to be put through to a Police Officer. The question that followed was “Which Police Station?”.

In an effort to find a relatively quiet Police Station that would take my call I chose Bairnsdale.

In the conversation that followed, I was advised that there are no provisions in the Victorian legislation that cover the use of CB Radios in the car and that, as such, there are no laws preventing their use.

So, there you go. Not quite the definitive advice that I would hold out to you to use in a court of law, but I guess it does placate my desire to search further to find clearer provisions for you.

Camping Tip 3 Fall in love with your GPS

Trade the suit for a wetsuit