Out&About has found that there are two caravan parks on the mainland, namely Greenacres Caravan Park and Thorneside Mobile Home Park. Each of these has a primary focus on the long term or permanent occupants with smaller areas set aside for a small number of travellers and campers.

I found the hosts (Lesley and Glen) to be super friendly and helpful.

Directions to get into the park using what3words

Entrance to the park is off Greenfield Road at w3w.co/loose.acres.underpin and the tourist sites are generally at w3w.co/jigs.chipper.flagpole.

When leaving the site and turning on to Mount Cotton Road be careful of cars approaching from the right.

An inspection of the Thorneside Mobile Home Park has not yet been undertaken by Out&About.

An inspection of the Tranquility Park has not yet been undertaken by Out&About.

Here is a real dusty gem, if you’re prepared to look outside the box for a true camping experience.

What you do get is bush and lots of it. Over 300 acres to be more precise and its owned and operated by Scouts Australia, so your money goes to a good cause.

Here, you’re met by the current caretakers, Sharon and Mark, and they’ll find out what sort of experience you’re after and how you’re set up. You could be placed closer to the camp kitchen where some of the rental campers stay overnight (at the start anyway), or you could be placed some distance away from the others near one of the dams if you’re self-sufficient.

If you only have a standard car and a touring van, I’m sure that they will find you a suitable spot for you. High clearance cars and four-wheel drives aren’t a problem either.

This is a great park for people wanting to get away from it all, but still, be close enough to home to only spend a couple of dollars on fuel or beat the mad holiday crowd traffic. You’ll also be hosted by kangaroos, wallabies and plenty of birds.

Some travellers come here when they want a short drive in the morning to get somewhere else – such as the airport or North Stradbroke Island. Having said that, Sharon and Mark often expect to see them return soon after for another night or two – or more.

There are lots of named areas in the park and all have running town water nearby. Bush amenities are often close by if needed and, again, Sharon and Mark can point you in the right direction.

If the Redlands Coast is looking to have people stay an extra day, this place is the spot for campers who are willing, and able, to truly camp to stay weeks not just days. There are lots to explore from here and you could leave your tent / camper / caravan here while you overnight elsewhere (Including that special night in the city for a change).

Have a chat with the hosts too if you want to have a go at camping but you have very little equipment; as they often have gear on hand that has been left behind by campers flying back overseas the next day.

This is also a good spot to take a new camper, caravan or car just to get the hang of it.

With your walking shoes on, you could walk to Sirromet Wines from here – but a cab / Uber would be best when wearing your fancies.

Directions to get into the park using what3words

Entrance to the park is off Mount Cotton Road at w3w.co/tailbone.warriors.fortitude and the office is at w3w.co/assemble.thrills.rightfully.

There is another Scouts Australia campsite at Eprapah Scout Environment Education Centre, but I have been advised that it is not currently open for camping. 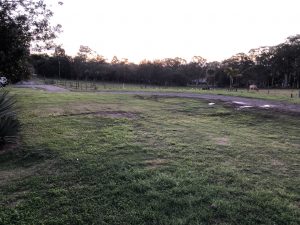 It’s sparse, it’s basic, but it is one of the few options available. Greenacres Caravan Park. 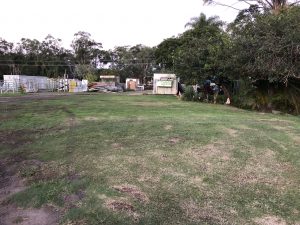 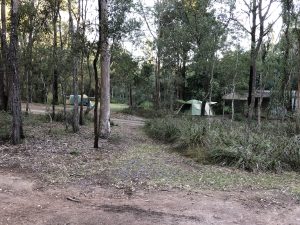 A gem – a real camping experience offered at Karingal Campsite

Tentworld has a range of everything camping. 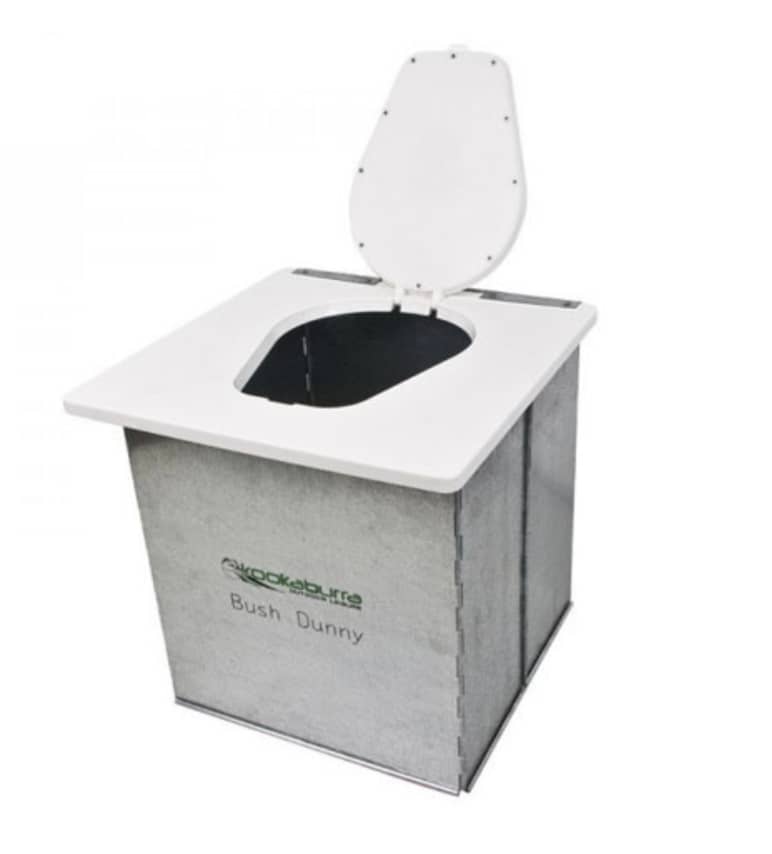