Firstly, I’d like to give big ‘G’day’ to our friends in the United States who are starting to make up a big percentage of readers to my website.

Second, and here’s the link to the United States, what the hell is ‘boondocking’?

Not having travelled in America I find that my knowledge on this subject is somewhat limited to what I can find on the internet.

Wikipedia says that the term ‘boondock’ derives from American slang, referring “to the countryside or isolated rural/wilderness area”.

campendium.com quite simply defines boondocking as camping “off-the-grid, far from the services and amenities that can be found at RV parks or developed campgrounds”.

What I think is implied in the above definition (somewhat taken out of context) is that boondocking seems to be primarily capture the Recreational Vehicle (RV) sector of getting out and about – not the hiking or backpacking aspect.

Then, within the RV sector, we need to think caravans, campers, motorhomes and bigger rigs like fifth-wheelers.

I’m glad too that campendium.com chose to use the words “off-the-grid”. But, I’ll have more to ay on this later.

Where do American’s boondock?

Well again, from my reading, and taking thoughts from campendium.com boondocking seems to take place in people’s driveways through to camp grounds and out to national parks and other lands.

While you may not have heard of ‘mooch-docking’ in private driveways, you may have heard of pulling up and camping in car parks at shopping centres and superstores such as Walmart. Heck, Walmart even have a published corporate policy on it (refer photo below – source: corporate.walmart.com) and there’s a locator map showing where overnight stays are permitted at Walmart stores (refer photo below – source: Roundabout Publications). 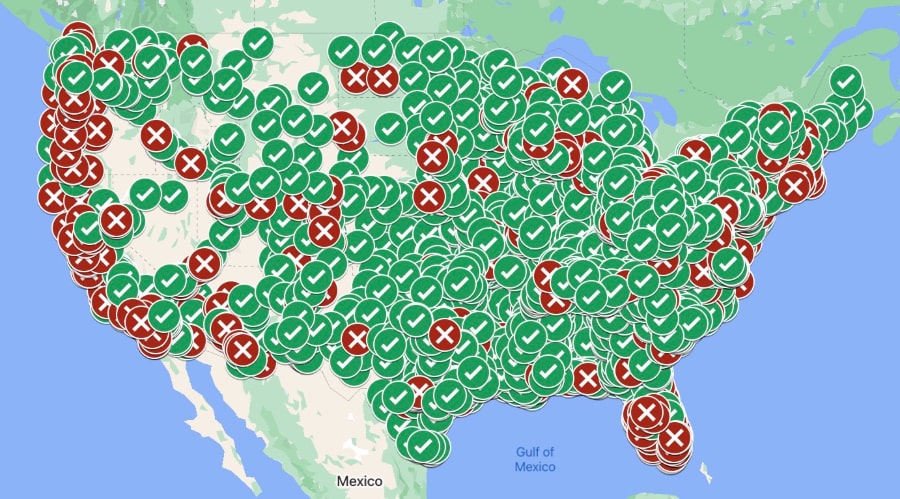 You can even boondock at some casinos.

How is Australian Camping different?

Let’s start with mooch-docking in private driveways. I’m sure many of us in Australia have crashed at a relative’s or mate’s place – but, I’m not aware of any formalised Air-BNB type arrangements where people offer up their driveways or backyards to paying guests here in Australia (yet).

Parking lot camping (including ‘Wally-docking’ at Walmart) here in Australia is not a thing. It’s certainly not practiced by many campers in overt caravans and motorhomes anyway. You may be able to get away with it in a campervan that doesn’t have surfboards on the roof and looks like one big holiday rig. I guess you could do it – but be prepared to be woken in the early hours, asked to move on and face a fine for your stay.

I just stop and wonder what it would be like if they allowed overnight stays at places like Bunnings (a big hardware chain). Shit! you’d never get rid of some of the campers.

Camping or staying the night in car parks again is not a thing that we do here. It’s done – but often illegally.

I did see a YouTube clip on the web where a couple of American guys talked to people in a carpark who were staying the night in Melbourne before catching the vehicular ferry to Tasmania the next morning. I think that this would be a bit of a special case where the authorities may turn a bit of a blind eye – but be aware of any stated overnight parking and/or camping restrictions.

When it comes to camping on council lands (regions within our states) or state (crown) lands we Australians often use the term Free Camping.

But this term ‘Free’ in itself creates confusion and, in my view, an unfortunate sense of entitlement.

As I outlined in a previous blog (refer: https://campandtravel.com.au/free-camping-in-australia/) ‘Free’ can mean ‘off-grid’ or it can mean no cost (hence I coined the term ‘Scottish Free’).

I really like the American idea of using a term like Boondocking when referring to off-grid camping (ie to be off grid and having no services etc) and then reserving a separate term like ‘free’ to be able to refer to any associated fees or charges.

In researching this article I also came across the term ‘Dispersed Camping’ where campers in the United States are able to camp on State lands outside of structured campgrounds. 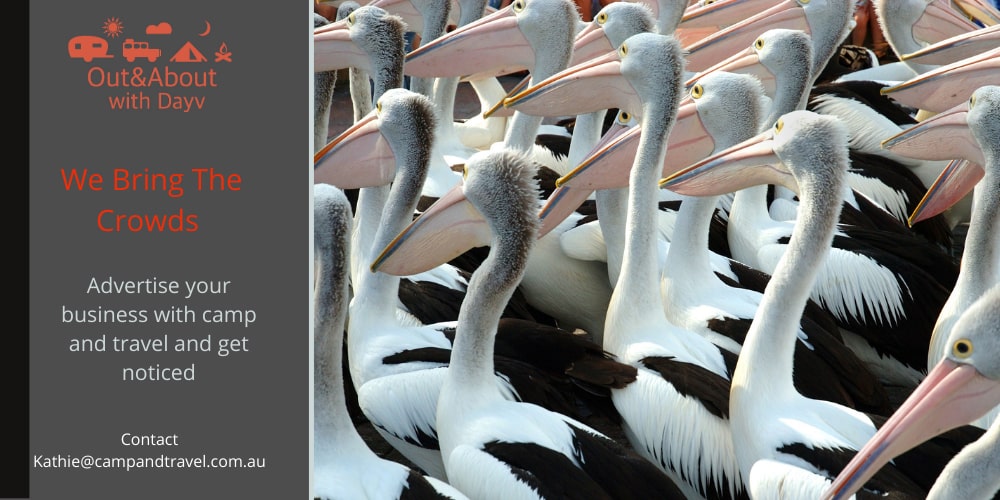 Unfortunately, we Australians don’t have that same level of (officially recognised) flexibility. However, that’s not to say it’s not done.

How to Find Off-Grid Campsites in Australia

Perhaps the most widely mentioned source of free (in all its meanings) camping sites in Australia is an App called WikiCamps.

Here , you’ll find a wide range of camping spots – BUT be careful when choosing to stay at unstructured campsites because anyone has an opportunity to record their chosen spot (eg a quarry reserve or a daytime rest area on the banks of a creek) on the app. A recorded spot does not mean it is legal spot to stay and camp.

It’ll also help if you check ahead as many council campsites (and elsewhere) require that your camping setup be ‘self-contained’. This is an attempt to ensure that people aren’t camping out of the boot (trunk) of their car.

Leave No Trace when you camp

I think that one thing we all share is a leave no trace policy when stepping out into remote areas (perhaps any area).

Don’t leave rubbish behind, leave the campsite as you found it (or perhaps better), leave only footprints and take away heaps of memories.

Note: In campendium.com’s, it’s fair to say that they were keen to point out what boondocking was and wasn’t. I have simply drawn from their post to outline how broad the concept of boondocking could be taken as an introduction for those in Australia to understand it in its broadest sense.

Enjoy getting out and about wherever you are.